An old pal of Michael’s is over for the weekend and we headed out to some local haunts for Culture Night. Food and crafts at Killruddery Market first, then off to Albert Walk in Bray to see the Scarecrow Invasion, which was staged by the Signal Arts Centre along with loads of local groups and schools. 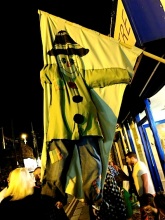 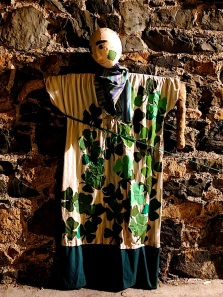 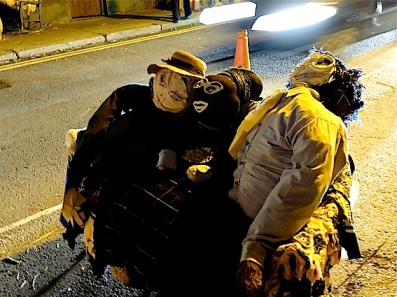 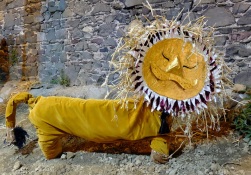 Rónán Ó Snodaigh of Kila was playing the bodhrán at one end of the walk and we finished the evening at number 6, our favourite wine bar – Caffé Letterario.

Antonella and her crew at lovely Caffé Letterario/Gatto Nero which, despite being tiny, gives over lots of space to books!

Meanwhile Dali kept a watchful eye on proceedings. An explosion of art at night just as the evenings are growing dark can only be A Good Thing. I’m sure he approved mightily.