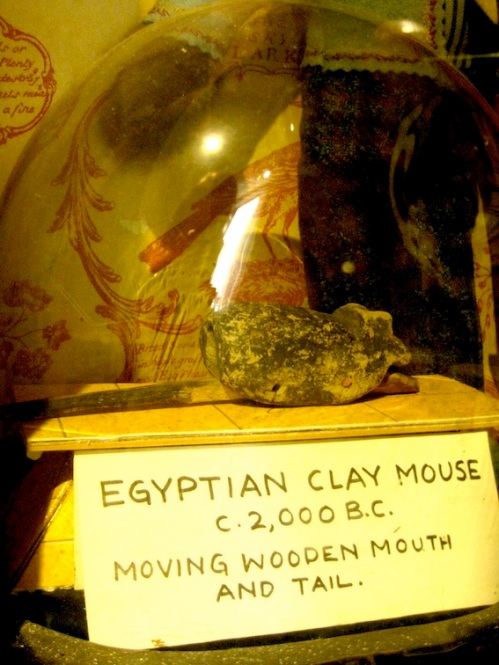 So on our recent trip to London we finally got inside the Pollock Toy Museum. Eddie, being my cousin Sarah’s boyfriend, was kind enough to offer us a personal tour – an offer he lived to regret as we (Michael, our friend Ann, and myself) were so fascinated by everything it took us a full three and a half hours to travel through the museum. Eddie thinks that may be a record, broken only by a guy some years back who was loitering with criminal intent.

Eddie’s granny put the collection together and it’s housed inside two buildings, one Victorian, one Georgian. The two houses are crammed to the rafters with all sorts of toys from across the world, so many treasures that it will need four blogs to just give you a taste of it! First up a group of photos from across the collection. Click on an image if you’d like to scroll/get more details…have a guess at what those lovely shadow puppets might be made from before you do! 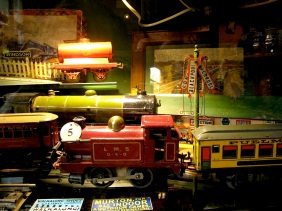 There are hundreds of model trains, cars, trucks from various decades 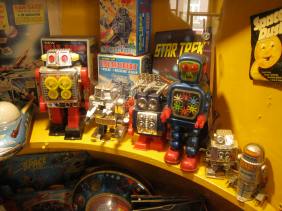 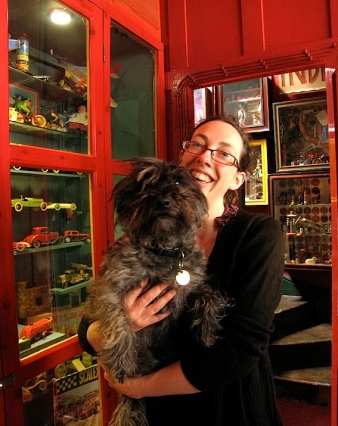 Sarah with Haggis, the museum dog. 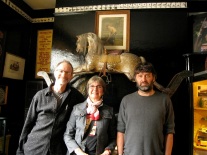 Michael, Ann and Eddie in front of the most beautiful rocking horse 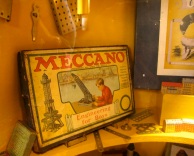 Early Meccano, a toy I wanted to ask for as a kid but thought I couldn’t. Because it was a ‘boy’ toy.

These shadow puppets are very beautiful but definitely lose something when you learn what they are made from. Donkey skin!

Of course we came across toys from our own childhoods. I had a mini meltdown at the case containing Sooty and Sweep. And Soo. For a moment I could see our old black and white telly and my toddler legs in white ankle socks and Jumping Jack shoes sticking out in front of me as I sat on one of the armchairs, watching. In the sixties themed glass case there was a game called Coppit – I remembered the box immediately, and my disappointment on opening it to find that the playing pieces were just cones, not hats with little people attached. And there was Dougal and the Magic Roundabout. I had to explain all the above to Michael and Ann as these were not part of their American childhoods. 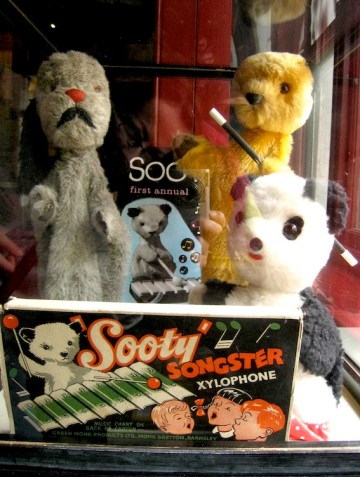 Sooty and Sweep and Soo! 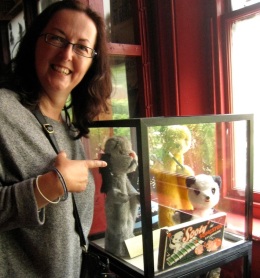 No, really! SOOTY. SWEEP. And SOO! 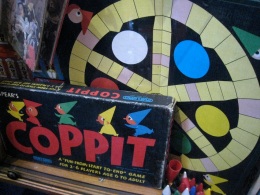 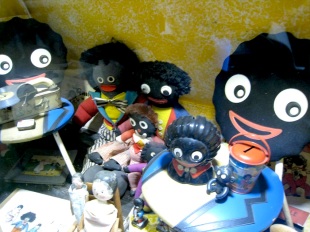 Floernce Kate Upton’s Gollys and Dutch dolls, and some of the books she wrote and illustrated. 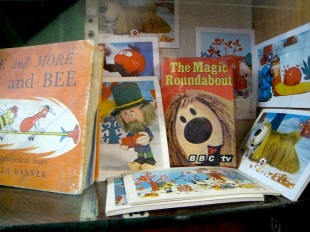 The Gollywogs – I’m turning pink just typing that- took a bit more explaining. It seems so astonishing now that these toys were a ‘normal’ part of an Irish/UK sixties childhood, as was watching The Black and White Minstrel Show – white women singing and dancing with white men wearing blackface. Some of the many things we didn’t think twice about, just accepted as life as we knew it. Makes me wonder what we do now which will strike us as alien and unacceptable in twenty/thirty years time. Our childhood Gollys were knitted by our mam from patterns in the Woman’s Weekly. Here is Wikipedia’s info on Florence Kate Upton and the history of Golly Dolls.

On Friday, Dolls! The museum is packed with them, the too-beautiful-to-play-with, the much-loved, and the down-right weird.
http://www.pollockstoys.com/