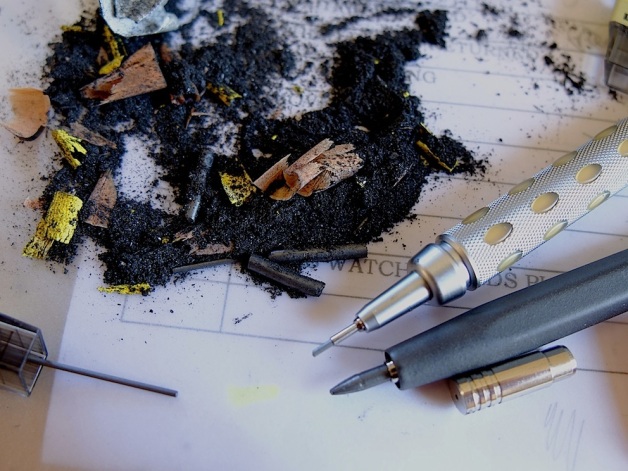 Sarah McIntyre’s PicturesMeanBusiness campaign is all about highlighting the work involved in illustrating (and why illustrators should always be credited), so Michael and myself thought we’d try and give you an idea of the drawing work we do when developing a picturebook.

Right now I am working on the colour art for a book, all of it on computer. This ‘finished art’ will take me three to four months total, but there’s been a whole pile of hand-drawing just to get to this stage. 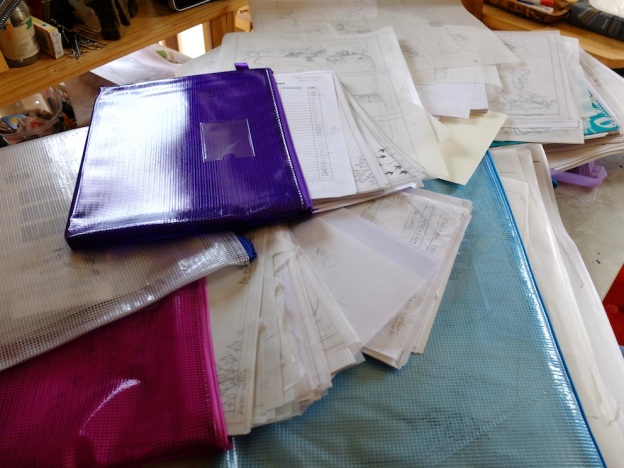 Hundreds and hundreds of drawings, all on tracing paper, my surface of choice. Some find the bin; most get filed.

In April 2014 there were scribbled ‘thumbnail’ sketches, as I tried to catch the idea which was emerging. Sometime later I began exploring the story’s characters in more detail, filling a sketchbook. Then several weeks were spent working towards a proper full-size dummy.

After a meeting with the editorial team at Walker Books I made a new dummy, taking their comments, Michael’s comments, and my own new thoughts into account. Another round of comments got me to a third dummy/draft and another editorial meeting, at which point I got the go-ahead to begin the final art.

I then sat down and began redrawing the 32 images, this time for scanning into the computer as the templates for the colour art. I traced the previous images, making final tweaks as I went, double-checking details: have I held each of the eight character’s faces/personalities/proportions properly through-out? Have any of them become stiff/lost their energy and appeal during all this redrawing? Is the background detail working? On and on. It took two weeks straight and I drew my way through nearly 1 metre of pencil lead!

Michael does most of his rough work in sketchbooks. He does even more preliminary drawing than I do, exploring characters, poses, expressions, interactions, humour, emotion, trying out lots of alternatives, always seeking out that perfect image. With the book he’s working on now, he’s reacting to and interpreting a text by Barbara Bottner. His illustration style is very line-led so he spends a ton of time on these drawings.

There are around 2235 individual sketches for this book in just four of the sketchbooks below, and there’s another couple of hundred loose sketches lying around the studio.

Priscilla Gorilla will be published next year by Simon and Schuster, Atheneum

Michael will trace/tweak the images he chooses for the book, transfer them to watercolour paper, then work the final colour quickly to keep it all light and alive.

PS: If you’re wondering why this post isn’t illustrated with drawings we’re talking about, there’s a certain amount of ‘keeping things under wraps’ involved with books which won’t be out until the end of next year! Watch out for more posts about illustrating over the next few months.